Valetta, 28 May 2019 – The gamigo AG - a portfolio company of the blockescence plc (WKN: MT0000580101; Symbol: BCK, "blockescence") and one of the leading publishers of online games in North America and Europe, can look back on a very successful first quarter of 2019. Group revenues increased by 39 percent to EUR 13.4 million (Q1 2018: EUR 9.6 million). Earnings before interest, taxes, depreciation and amortization (EBITDA) also increased significantly by 70 percent to a total of EUR 4.0 million (Q1 2018: EUR 2.4 million).

In addition to increases in efficiency, such as the ongoing consolidation of the data centers, the acquisition of Trion Worlds assets in October 2018 shows a positive effect and first strong synergy potential in Q1 2019. The majority of players of the Trion Worlds titles have been successfully integrated into the gamigo portfolio. Some of the former Trion titles are now also among the Top 10 MMOs of gamigo. During Q1 2019, there was strong focus on providing the games of the gamigo group with extensive content updates to further engage and motivate the players. The Trion games, as well have led to a significant increase in important KPIs, such as eg. "monthly active users" (MAU). While the number of MAUs of the Top-10-MMO’s in the same period last year amounted to 0.35 million, the number increased by 255 percent to 1.23 million in the first quarter of 2019.

The increase in the bond volume of EUR 10 million in the first quarter of 2019 provides the gamigo group with additional financial flexibility for organic and inorganic growth through M&A. That the inorganic growth path is also further continuing in 2019, was shown by the acquisition of the WildTangent Assets, a gaming platform with over 5,000 titles and app. 4 million users, in April 2019. The first resulting positive effects on the financials are already expected in the first half of 2019.

Remco Westermann, CEO of blockescence: "We are very satisfied with the development of the gamigo group in the first quarter of 2019. Despite the typical seasonal negative effects during the first quarter, gamigo was able to show substantial revenue and EBITDA growth and significantly increased our relevant-Game-KPIs. With the tap issue of the bond in the first quarter, and the acquisition of the WildTangent assets in April 2019 gamigo additionally laid the foundation for further growth in the following quarters".

The Q1 report is available as of today on the gamigo AG homepage in the investors area at: https://corporate.gamigo.com/en/investors/

About blockescence plc (in future 'Media and Games Invest plc'):
blockescence (in future 'Media and Games Invest plc') is a strategic investment holding focusing on a 'buy, integrate, build & improve' strategy of fast-growing companies within the media and games market. The portfolio companies of blockescence grow through acquisitions as well as organically. Proven and new technologies are actively being used to create efficiency improvements and competitive advantages. The most important participation is the gamigo AG, a fast-growing company in the gaming and media sectors of which blockescence holds 38 % of shares and 53 % of voting rights. blockescence has its headquarters in Valletta (Malta), it holds subsidiaries in Switzerland and Germany, and it is listed on the Frankfurt stock market as well as XETRA. 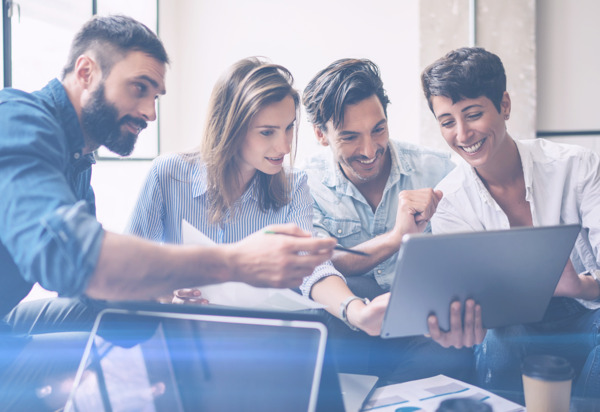