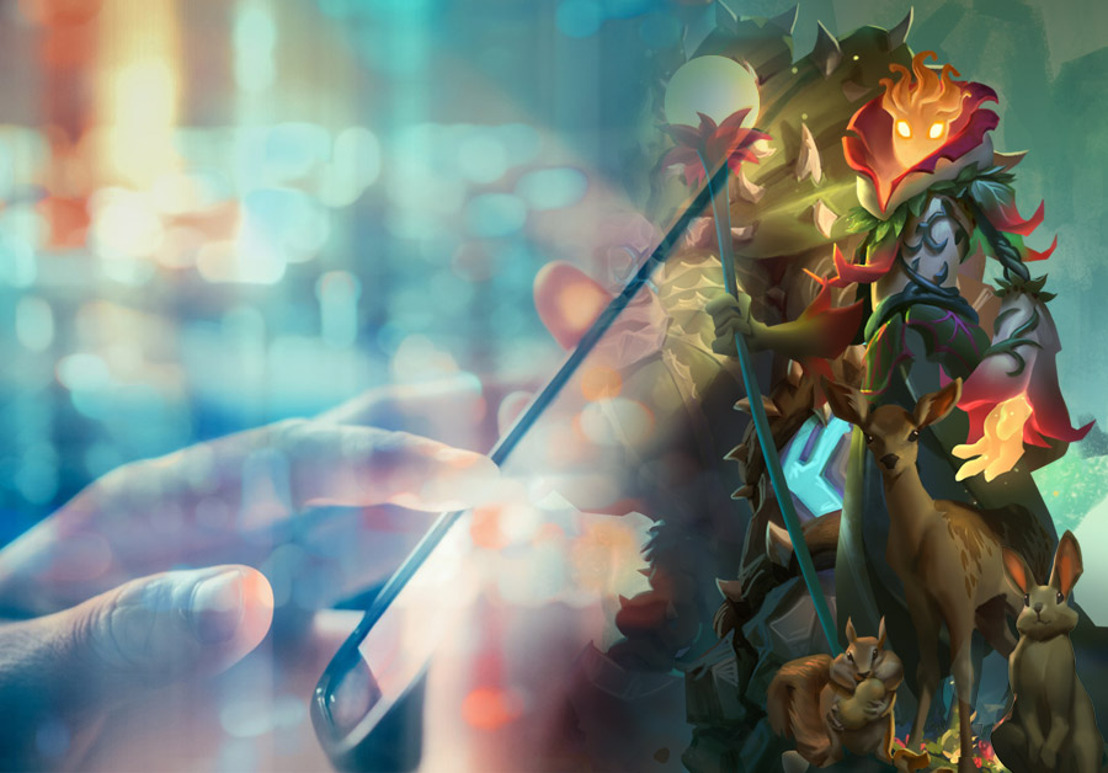 In its gaming segment gamigo, organic growth is driven by a portfolio approach, that is facilitated by continuously implementing as well as starting many new growth projects. Q3 and Q4 are profiting from projects earlier initiated, whilst also new projects are started. Porting IPs to other platforms is one of the focus points; the Trove to Switch port which was launched end of Q2 is doing very well, further ports, amongst others for Desert Operations to mobile and Wizzard 101 to console are being prepared. Preparations for new game launches as well as signing of new IPs are also progressing well. Two new games have been signed in October -soon to be announced- and are expected to be launched in the first half year of 2022. Further new game launches also for 2021 as part of gamigo’s active launch strategy will also be announced soon. For it’s top MMO’s gamigo is further increasing the number of DLC’s to be launched. In September gamigo launched a.o. a brand-new character class for Trove console. Fiesta Online on the other hand, received a huge DLC called “Realm of the Gods” to expand customer lifetimes and player retention. Despite its new game launches and focus on delivering DLC´s, gamigo is also increasing customer acquisition and customer retention efforts in close cooperation with MGI’s media segment.

Furthermore, an in response to questions received from investors, MGI herewith confirms that it will not be negatively impacted by the recent changes in China regarding the active limitation of playing games by minors. MGI’s does not actively offer any direct-to-consumer gaming in China, and MGI’s overall games revenues in China are below 0.1% of total games revenues. Also management expects that the Chinese regulations will not spill over to MGI’s core territories.

Regardless of the new regulations in China, MGI advocates and supports self-regulation and has implemented clear procedures to cope with and to avoid excessive gaming. Protecting children and young people is of high priority to MGI. gamigo follows amongst others the Age-Appropriate Design Code of the British government and is actively involved in the German Games Association, which promotes modern youth protection, while taking into account technical innovations. Furthermore, gamigo is a.o. a signatory of the USK (German Entertainment Software Self-Regulation), ERSB (Entertainment Software rating Board) and has received the PEGI-certification (Pan European Game Information) for its core games. Also, gamigo operates an active community management to ensure a safe environment for all people in its games.

On the media side, Verve is showing good organic growth, driven by expanding sales to existing customers, which is primarily driven by cross-selling via connecting the acquired platforms and companies, as well as growth based on further acquisition of new partners. Various partnerships with strong other platforms like e.g. LiveRamp (a bidding platform for addressable inventory) and Pixalate (a global ad fraud intelligence and marketing compliance platform) are expected to lead to further growth. Especially Verve’s private marketplace as well as connected TV business activities show continuously fast growth. Also, Verve’s innovative organic growth projects are supporting overall growth; ATOM (Anonymized Targeting on Mobile), a pioneering solution for iOS that allows to target audiences without the use of IDFA, is starting to build traction and HyBid, Verve’s cloud SaaS offering is growing well and was able to sign up partners such as Ookla and Current Media.

Due to its fast growth, Verve is now implementing a cross-functional, customer-centric and highly efficient organizational structure to get clearer focus and responsibilities (“Pod structure”). As part of implementing the new Pod structure, a hiring plan is being implemented, targeting 50+ additional hires, adding high level management as well as employees for basically all programmatic advertising activities. Strengthening the Verve management team has already resulted in hiring amongst others Stephanie Vanderberg-Smith (former positions include OpenSlate and NinthDecimal) as SVP of Revenue, Corey Kulis (former positions include Amobee and AdColony) as VP of Marketing, Derek Hashemi (former positions include Magnite and Rubicon Projects) as VP of CTV Platform. The team extension shall support further growth.

Since the closing of the transaction on September 1, 2021, Smaato is developing well. Matthew Deets who formerly run Verve’s CTV activities has been appointed as general manager of Smaato. The transition under Verve's management after the acquisition is developing well and Smaato is growing in line with plans. After successfully technically connecting Smaato’s demand and supply side to the Verve platform and vice versa, synergies are driving further additional revenue growth. Also, synergies with the gaming segment are starting to materialize and show positive effects.

In response to questions from investors MGI herewith confirms that it is not and will not be negatively impacted by the recent changes caused by Apple regarding its Identifier for Advertisers (IDFA). MGI – via its games segment – is focusing on MMOs and monetization via item sales. Even though an increasing part of revenues is stemming  from advertising in games, also here the impact is low. The slight negative effect on the gaming side is overcompensated by the positive effect on the media side, where Verve’s strong first party data position as well as the introduction of its Anonymized Targeting on Mobile (ATOM), which is a pioneering approach to privacy-first targeting built exclusively for in-app advertisers and publishers, are making good progress.  All in all, we expect that MGI is profiting from these changes.

Remco Westermann, CEO & Chairman of the Board of Media and Games Invest SE:

“With multiple growth initiatives in both segments as well as projects focusing on synergies between the segments, we have built a company with strong organic growth potential, which was already shown with 38% and 36% organic growth in Q1 and Q2 respectively. With these multiple projects -that in line with the nature of the games market will not all be successful- we have a broad base of growth drivers also for the upcoming quarters and years. Based on the strong growth on the media side we have decided to adopt the new organizational Pod structure and substantially increase the number of employees to cope with this strong current and the expected further future growth. The growth of revenues and gross margin will easily overcome this increase of the cost bases. We expect to further improve our Adjusted EBITDA margin on the media side, which was already improved from 7% in Q1 2020 to 16% in Q2 2021. In addition, we are in talks about attractive acquisition targets and expect further transactions before the end of the year.”

Media and Games Invest SE is a digital integrated games and media company with main operational presence in Europe and North America. The company combines organic growth with value-generating synergetic acquisitions, demonstrating continuous strong, profitable growth with a revenue CAGR of 78% (2018 – LTM Q2’21). Next to strong organic growth, the MGI Group has successfully acquired more than 30 companies and assets in the past 6 years. The acquired assets and companies are integrated and amongst others cloud technology is actively used to achieve efficiency gains and competitive advantages. The Company's shares are listed on Nasdaq First North Premier Growth Market in Stockholm and in the Scale segment of the Frankfurt Stock Exchange. The Company has a secured bond that is listed on Nasdaq Stockholm and on the Frankfurt Stock Exchange Open Market as well as an unsecured bond listed on the Frankfurt Stock Exchange Open Market.