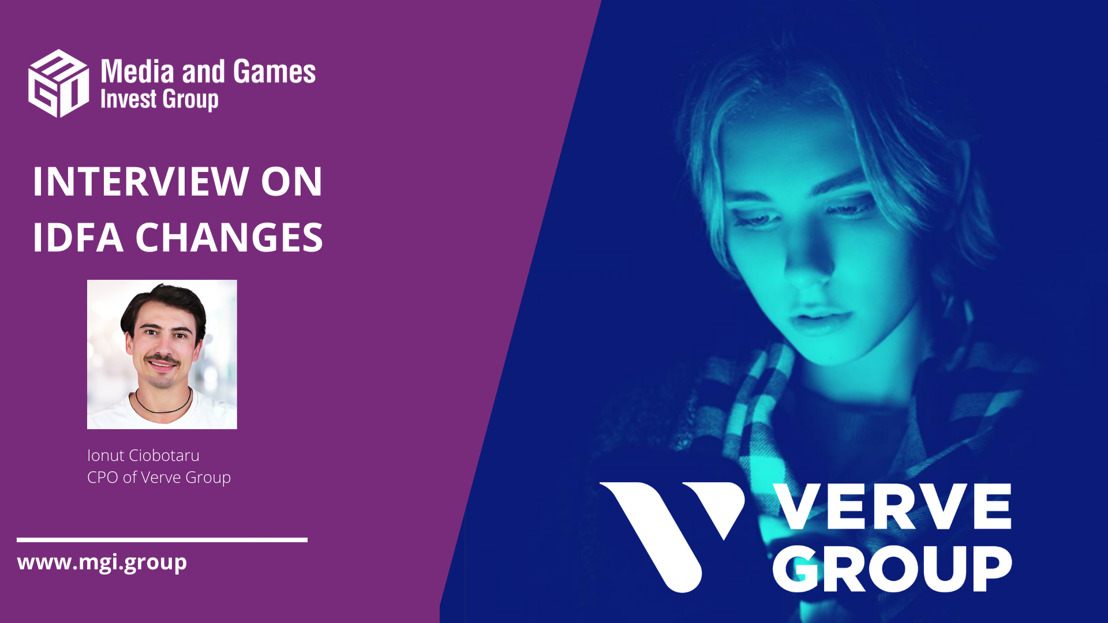 IDFA stands for Identifier for Advertisers and is basically Apple’s way of setting a digital identifier (ID) -similar to a cookie- on a user's device to be able to track that user’s behavior across apps.

The IDFA changes — making the explicit opt-in necessary by the users in each app — were implemented on April 26, 2021 by Apple.

2. Why is IDFA important?

IDFA was created to offer external partners — such as publishers and advertisers — a way to match customers to the ads they have seen and hence increase effectiveness of targeted ads. With the lack of IDFA, Apple offers a privacy-centric attribution solution (SKAdNetwork, short SKAN) which allows advertisers to partially understand the performance of their ads but without getting access to any PII (personal identifiable information). Without the IDFA, it becomes considerably more difficult for the advertiser to reach high value users individually within publisher apps and thus deploy their marketing budget efficiently. For the advertiser, this means the need to completely revamp their user acquisition strategies across all areas (channel, creative, campaigns, targeting) as data about campaign success becomes increasingly limited. For the publisher, on the other hand, it means less revenue as the high value bids become dispersed.

Outside of app installs and user acquisition, the IDFA has the essential purpose to work as a common identifier in the vast and complex advertising ecosystem, consisting of thousands of partners on both the supply and the demand side, and across different platforms such as mobile, web/desktop and OTT (over-the-top content). IDFA is not the only identifier available in the digital advertising ecosystem. On the web, very broadly, the analog ID for users are third-party cookies often tied to an email ID. For Android devices, Google offers a similar identifier — GAID — for Google Advertiser Identifier.

3. What does the deprecation of IDFA mean for game companies?

What changed on April 26, was that apps now have to ask user’s permission to track them across apps and websites through Apple’s pop-up. Before this change, the tracking was on by default. Many game publishers as well as the whole advertising industry, expect the opt-in rate — meaning the percentage of users agreeing to be tracked — to be at around 20%. In contrast, before the changes the number was around 60%-80%.

For game companies and publishers who rely on ad revenues, the IDFA deprecation practically means a reset in the advertising practices on iOS mobile devices. For instance, on our exchange most of our game publishers have around 50% of their advertising revenue coming from iOS devices. With the IDFA availability becoming the minority rather than the majority, their ad revenues are at stake. On the other side, we've seen similar behaviors in the marketplace in the past, and it tends to rebalance itself as brand advertisers have different KPIs and different measurement criteria.

4. How will the changes impact ad revenues?

We expect the changes to ad revenues to come gradually since users have to update to the latest iOS 14.5 version to be impacted by the IDFA changes. After the release of iOS 14.5 on April 26 we could already see the changes were not instant but rather evolving over time.

What determines how much these changes will affect the ad revenues will ultimately be the level of preparation on the game publisher as well as the advertiser side. Since Apple announced the upcoming changes in the summer last year, we, together with the whole industry, have been preparing to keep the impact as low as possible. There are a number of practices that game publishers should do to minimize the impact on ad revenues, such as customizing the iOS 14 platform opt-in pop-up and using clear and specific language to be upfront with the user about what their data will be used for. We elaborate more on these in our blog post I wrote some time ago, along with some other opinion pieces on the changes.

5. Is it only Apple who makes changes?

The changes to Apple’s IDFA are only the beginning of a new paradigm in digital advertising. Whereas users have been tracked both on mobile as well as on the web massively, now with governmental regulations for users’ data such as the GDPR, CCPA and platform regulations such as the IDFA, a shift to a more privacy-centered advertising ecosystem is taking place. Additionally, to Apple’s changes, Google is deprecating third-party cookies on the Chrome browser next year and is expected to make similar changes for GAID on the Android operating system on mobile devices in the near future.

The overall change to a more privacy-centered future is an expected development and a needed one. Relying on more privacy-centric practices will help the advertising ecosystem to become more sustainable and user-friendly. However, for now, what is needed is a solution to overcome the current challenges we have because of the paradigm shift and loss of common identifiers.

6. How can you overcome the challenges?

The whole mobile advertising ecosystem needs a solution that does not rely on identifiers. It is a harsh shift in the way we advertise, but it will lay the common ground for a sustainable and privacy-centered future. We are working on a solution for that — which should erase the need for identifiers — and instead rely on other signals which can also be used to target groups of users. We tightly follow Apple's privacy principles such as data minimization, on-device processing and user transparency, as well as in the spirit of the GDPR developing a solution that is privacy by design. What this means is that instead of storing users’ data in the cloud we run our machine learning models directly on the device and generate the right anonymized audience profiles based on users’ context and advertisers’ criteria. This way the data never leaves the device, no PII is ever stored and individual users are put into groups, where they can’t be individually identified. In short, we have a 100% privacy-compliant practice, which can be offered by game publishers and utilized by advertisers with similar capabilities as before. We are currently on an accelerated timeline for the release of this product, hoping it will alleviate some of the short-term downsides brought by this iOS release.

7. Why was MGI able to be the first company (apart from Google and Apple) to react to this situation?

Being a company in the games and digital media segment, MGI understands the needs of advertisers when it comes to user acquisition, but also those of publishers in the area of monetization of advertising inventory. Additionally, the MGI media segment possesses in-depth expertise and technology in the entire ad tech value chain. Only by leveraging this unique positioning, at the intersection of our O&O properties, in-house tech stack, and proprietary DMP, was it possible for MGI to develop its own solution ATOM, proving a clear competitive advantage of the combination of games and media. We have always been convinced that there are two essential factors for long-term success in the media sector. One is efficiency. This means that advertisers must be able to reach exactly those people who are interested in their ads. And secondly, privacy, users want to remain anonymous and still receive relevant advertising. Both are essential for sustainable success in the media sector. Since we have always been working on finding the optimal balance between these two factors, we were now able to present a solution that combines both goals.

Media and Games Invest SE is a digital integrated games and media company with main operational presence in Europe and North America. The company combines organic growth with value-generating synergetic acquisitions, demonstrating continuous strong, profitable growth with a revenue CAGR of 45% over the last 6 years. Next to strong organic growth, the MGI Group has successfully acquired more than 30 companies and assets in the past 6 years. The acquired assets and companies are integrated and amongst others cloud technology is actively used to achieve efficiency gains and competitive advantages. The Company's shares are listed on Nasdaq First North Premier Growth Market in Stockholm and in the Scale segment of the Frankfurt Stock Exchange. The Company has a secured bond that is listed on Nasdaq Stockholm and on the Frankfurt Stock Exchange Open Market as well as an unsecured bond listed on the Frankfurt Stock Exchange Open Market.

Media and Games Invest SE (“MGI”) is an advertising software platform with strong first party games content. MGI’s main operational presence is in North America and Europe. The company combines organic growth with value-generating synergetic acquisitions, which has demonstrated continuous strong profitable growth with a revenue CAGR of 77% (2018 –2021). Next to strong organic growth, the MGI Group has successfully acquired more than 35 companies and assets in the past 6 years. The acquired assets and companies have been integrated and amongst others cloud technology is actively used to achieve efficiency gains and competitive advantages. MGI is registered as Societas Europaea in Malta (registration number SE 15) and its shares are listed on Nasdaq First North Premier Growth Market in Stockholm and in the Scale segment of the Frankfurt Stock Exchange. The Company has a secured bond that is listed on Nasdaq Stockholm and on the Frankfurt Stock Exchange Open Market.